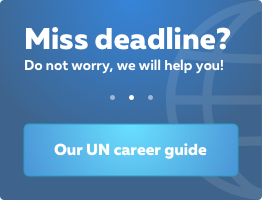 Period of Consultancy: March to November 2021

Africa and particularly the Sahel have some of the most vulnerable areas to climate change in the world. Flooding, drought, deforestation and draining of lakes impact millions of people's lives and only account for some of the averse of climate change.

Niger is a landlocked country in West Africa and due to its biophysical characteristics and low adaptive capacity related to the high prevalence of multidimensional poverty (89.9%), is particularly vulnerable to climate change. Besides, almost 84% of the population of Niger is reliant on natural resources for their livelihoods. Its underdeveloped economy and limited infrastructure are also combined with one of the highest population growth rates in the world (3.9%). Climate change is already presenting difficult challenges for agricultural productivity and food security in Niger.

Since the 1990s, the Government of Niger has sought to address the consequences of climate change on its development. It has adopted a range of strategic documents including the Environmental National Program for a Sustainable Development (PNEDD), the National Strategy and Action plan for Change and Climatic Variabilities (SNPA/CVC) and the 2013 National Climate Change Policy (PNCC). It has submitted three National Communications to the United Nations Framework Convention on Climate Change (UNFCCC) and its Nationally Determined Contributions to the UNFCCC in 2016.

However, climate change remains seen as a sectoral issue and needs to be further integrated into all development planning processes. It is especially important for LDCs that lack resources to cope with natural disasters such as droughts, flooding, strong winds and storms.

The COP 16, held in Cancun in 2010, defined the basis of the National Adaptations Plans (NAP). Then, the COP 17 in Durban (2011) and the COP18 Qatar (2012) adopted the NAP guidelines. However, although such guidelines support LDCs in the Sahel to address climate change issues, there is a gap of expertise and insufficient institutional capacities that complicate the implementation of NAPs. There is indeed limited research available to initiate NAP processes, especially regarding climate data at regional level and analyses on the impact of climate change.

NAPs aim at reducing the vulnerability of countries to the averse of climate change by strengthening adaptation capacities and resilience. They also foster the integration of climate change adaptation in policies and programs, in particular in new development planning strategy and processes of relevant sectors.

In order to advance medium to long term integration of climate change in planning processes, the Government of Niger launched the preparation of its NAP in May 2014 with the support of the Green Climate Fund (GCF) and the United Nations Development program (UNDP). The name of the project is "Advancing medium and long-term adaptation planning and budgeting in Niger". It aims at addressing the main gaps and strengthening national capacities in climate change at all levels of planning and budgeting.

In this context, a team will be recruited to draft documents for the NAP and will be based homebased with potential missions if COVID-19 allows.

These ToRs are for the recruitment of an international consultant, the team leader of the group, to coordinate the formulation process, undertake socioeconomic evaluations, multicriteria analyses and provide economic and non-economic tools to evaluate and prioritize adaptation measures.

Payments :Payments will be based on Certificate of Payment approved by the Supervisor confirming that the services related to each deliverable have been satisfactorily performed and the deliverables have been achieved by or before the due dates specified

Note: The consultant must comply with all legislation, ordinances, rules, regulations, instruments, and other applicable laws in all relevant jurisdictions (e.g. country of origin, country of residence, country(ies) where services are performed), including but not limited to those relating to taxation, licences, work permits and visas.

Submissions to be sent to the email: [email protected] clearly mentioning the subject line: PSU-CREE-NER-2021-001

Interested individual consultants must submit the following documents/information to demonstrate their qualifications:

A detailed methodology on how the candidate will approach and conduct the work Personal CV or P11 ( http://sas.undp.org/documents/p11_personal_history_form.doc, indicating all past experience from similar projects, as well as the contact details (email and telephone number) of the Candidate and at least three (3) professional references.

Incomplete applications will not be considered. Only qualified candidates will be contacted further

All envisaged travel costs must be included in the financial proposal. This includes all travel to join duty station/repatriation travel (if required in the TOR). In general, UNDP should not accept travel costs exceeding those of an economy class ticket. Should the IC wish to travel on a higher class he/she should do so using their own resources.

In the case of unforeseeable travel after commencement of the contract, payment of travel costs including tickets, lodging and terminal expenses should be agreed upon, between the respective business unit and Individual Consultant, prior to travel and will be reimbursed

responsive/compliant/acceptable, and having received the cumulative highest score out of a pre-determined set of weighted technical and financial criteria specific to the solicitation.

Attachments to this Procurement Notice:

Interested experts with questions regarding this assignment should send them in writing befofre the deadline mentioned above to: [email protected], and copying the reference PSU-CREE-NER-2021-001 in the subject line. Proposals will not be received through this email.